As a business or organization wanting to make an impact through social media, on what platforms will you be active? How will you allocate your time between them? Today there are countless social media sites, for the mass market or the smallest of niches. There’s Badoo, Bebo, Delicious, Reddit, and StumbleUpon. There’s Classmates.com, Gays.com, and HR.com. There’s Ryze, Xanga, Yammer, and Yelp. Or how about Flickr, Flixster, Friendster, and Fubar? How can you make sense of the different purposes, demographics, and cultures of the major social networks? One clever answer, “Social Media Explained,” from the perspective of donuts, was scrawled on a whiteboard and shared on Instagram in 2012 by Douglas Wray.

As an organization, if you were to engage on just one social network, it would have to be Facebook, which dwarfs its rivals in both membership size and the passion of its audience (as measured by visits and time-on-site). But being on Facebook alone would be a mistake. You owe it to your business to participate on multiple networks. You should be using the strengths of the different platforms—and the different missions and mindsets of the people on them—so that you can achieve the following goals:

Research has demonstrated a strong correlation between people “liking” a brand on social media and doing more business with that brand. However, a 2012 study found that many consumers are lukewarm about receiving promotional messages from brands they “friend.” 3 While 40% of social media users “like” businesses in order to receive special discounts and promotions, another 40% say they don’t believe that “liking” a brand on Facebook entitles the brand to market to them via the newsfeed. Clearly, the commercialization of social media is a touchy subject and a rapidly evolving one.

Not everybody “gets” Twitter. Of the 300 million individuals who have signed up, only about half are active. While Twitter users account for about 20% of all Internet users, the site garners just a single-digit share of all visits to social media sites. In other words, Twitter is visited less frequently by its members than is the “stickier” networks, namely Facebook and YouTube.

Part of Twitter’s appeal is efficiency: its stripped-down 140-character posts and messages, simple keyword and hashtag-driven searches, and clean, scrolling activity feed can deliver a wealth of information in minutes or even seconds. Twitter is part microblogging service, part social network. It excels as a special[1]interest news aggregation tool, a trend-spotting engine, and a vehicle for finding, following, and connecting with like-minded people.

Frankly, there’s still no clear map for what success looks like for a business on Google+. Sure, the Google+ member base grew faster than any product or service Google has launched in its entire history. The network reached ten million users in a stunning 16 days. It grew a lot faster than Facebook did at the same point in its history. (Twitter took 780 days and Facebook 852 days to get to ten million.)

But despite the millions who suddenly signed up for Google+, few are deeply engaged with the community yet. Research from ComScore recently found that Google+ members spend a mere 3 minutes a month on the network. The figure for Facebook is a hefty 405 minutes a month. And here’s another hint that all is not well with Google+: it’s not exactly an inspiring message when your VP of engineering asserts that the network is “not a ghost town

Beyond the big seven, will you find value in smaller platforms like Yelp or Reddit, or in even tinier niche platforms targeted directly at your special interest? Will publishing your own corporate blog add important reputational benefits, plus valuable SEO “linkbait”? Quite possibly, yes. My aim has been to point out where the biggest opportunities lie. These are the places to build your core online community and perform daily “organic” community-management activities: posting text and images on your wall and interacting with your fans and followers.

The Business Case Understanding the Two ROIs of Social Media 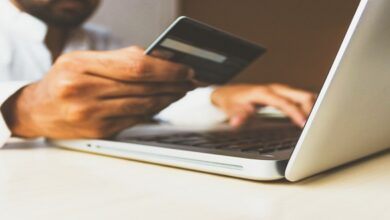 Trying To Buy Google Reviews For Your Business? Peruse This First

The Business Case Understanding the Two ROIs of Social Media